THE MAN BEHIND THE COMPANY 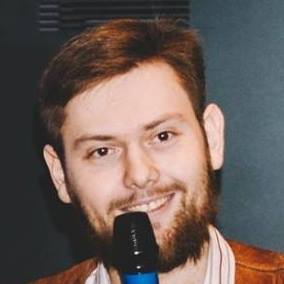 Mr. Daniel Kornev was born in Moscow, Russia, in 1986. His mother was a competitive intelligence professional working at the VacuumMashPribor Research Institute, his father was an architect. Daniel had fallen in love with computer software when his family got a first computer (i486DX2-driven PC), at the age of 8. Golden Age science fiction authors' works inspired Daniel to dream of better personal computers, which led him to early digital work environment and knowledge graph technology prototyping at the age of 14, at the turn of millennium. His passion for Bill Gates's ahead of its time product, WinFS, led him to become one of the youngest Microsoft employees in Europe.

On his second year at Microsoft Russia, Daniel was promoted to a Program Manager role, which was and still is a rare species for Microsoft subsidiaries, being typical only for members of the product groups spread across company headquarters in Redmond, WA, USA.

​During his tenure at Microsoft, Daniel wrote a Think Week paper on context-aware computing, created a Special Interest Group, and together with Microsoft Research organized a Context-aware Computing Workshop in Redmond, WA, featuring top scientists, engineers, and product managers working in this field across the entire company. Daniel also contributed to the inception of the original Productivity Future Vision 2009 video in 2007-2009 in collaboration with Office Labs Envisioning team. This project became a source of inspiration for building context-aware and AI-driven productivity tools for information workers.
After an internship with Microsoft Research, and a year of further advocating context-aware computing in the role of a Technical Program Manager II at Google Russia, in the Fall of 2011 Daniel left Google, to begin work on his own product.

In 2013, together with Alexander Popov and Pavel Kuzmenko, Daniel founded a company, Zet Universe, Inc., in USA, to bring Zet Universe vision to the market. Later in 2013, Daniel raised first pre-seed money for the company, as well as together with Al Popov went through a startup acceleration process in Boston, MA, USA.

In 2015, Daniel shipped Beta of Zet Universe, targeted at information workers in need of a tool that makes it easier for them to see and manage all of their project management information in one place.

After a commercial pilot in 2015-2016 and a set of a product pivots, Daniel stopped further development of the original Zet Universe product, to join Yandex, a leading Russian computer & internet company, where he led a new email understanding technology for Yandex.Mail, as well as shipped key life automation scenarios (ToDos and Reminders) for Yandex AI Assistant, Alice, driving product development process across 20 engineering, design, and marketing teams across 4 organizations.

In late 2018, Daniel left Yandex, and transformed Zet Universe, Inc. by providing consulting services in the areas of product management and architecture development in the fields of Context-aware and Cognitive Computing Systems. Past customers include a stealth startup in Russia (2018-2019), a stealth IoT startup in USA (2019), and a stealth Conversational AI startup in USA (2019-2020).

In Spring of 2020, Daniel was invited to join DeepPavlov.ai as a Product Manager, with a shift to CPO role 3 months later. At DeepPavlov.ai, Daniel oversaw the development of the DeepPavlov Dream - an open-source platform for building multiskill AI assistants, gave birth to DeepPavlov DF Designer - a visual designer for building scenario-driven skills for DeepPavlov Dream and simple chatbots, was an advisor to Amazon Alexa Prize 3 and Amazon Alexa Prize 4 teams. Daniel gave a handful of talks at various industrial and academic conferences including but not limited to: NVIDIA GTC (2020, 2021, 2022), ODSC West, MLConf.EU, OpenTalks.AI etc.

In Spring of 2022, DeepPavlov.ai started working on new KG-related products, and Zet Universe became a handful tool for prototyping efforts of the Custom Knowledge Graph for Bot & Persona, as well as got an integration with the DeepPavlov Entity Extraction service also known as DPEX.
Powered by